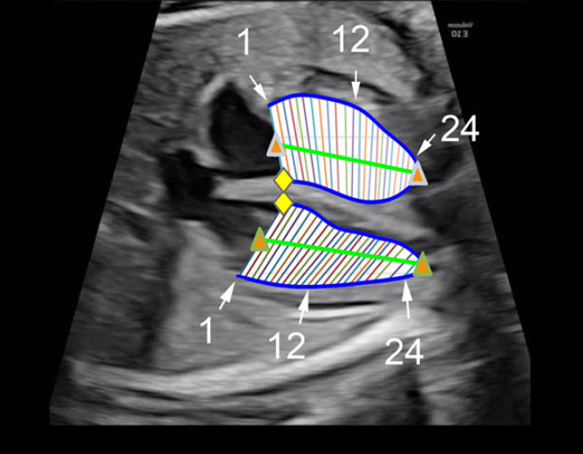 In growth restricted fetuses before 34 weeks of gestation, absent or reversed end-diastolic velocity of the umbilical artery (AREDV) increases the odds for fetal death. AREDV is associated with increased placental resistance to blood flow resulting in an increased fetal cardiac afterload with fetal and neonatal consequences.

PRB researchers evaluated cardiac morphometric changes (size and shape) in 49 growth restricted fetuses with AREDV before 34 gestational weeks and compared the results between those who had a perinatal death to those surviving the neonatal period. The study team discovered that fetuses with a smaller right and left ventricular size and area, and those with a globular-shaped right ventricle were at a significantly lower risk for perinatal death. Therefore, when examining fetuses with AREDV, evaluation of the right ventricle is important, since it may be a marker for those fetuses who are not at risk for perinatal death, and such observations can be integrated with current antepartum surveillance procedures (e.g. nonstress test, biophysical profile). 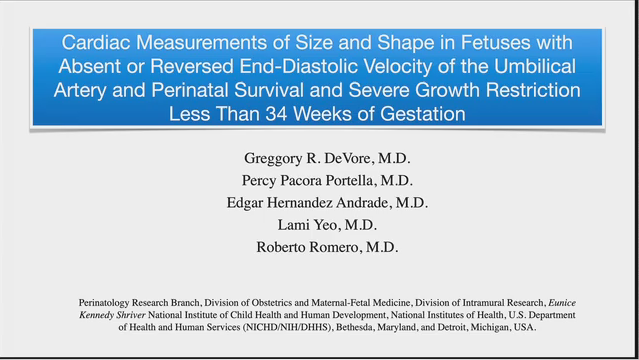