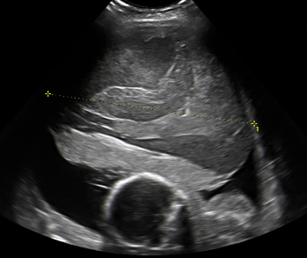 Hypoxia secondary to placental dysfunction is believed to play an important role in most fetal deaths; however, evidence is indirect. Understanding the causes of hypoxia, and the intermediary steps between hypoxia and fetal death may allow identification of biomarkers that could be used to predict and prevent fetal death in women at risk for this complication.

To address this, PRB researchers measured the concentrations of biomarkers for hypoxia (erythropoietin), myocardial damage (cardiac troponin I), and brain injury (glial fibrillary acidic protein) in samples of amniotic fluid collected from 60 structurally normal fetuses that died in-utero to determine if, and to what extent, hypoxic myocardial and brain injury were implicated in these fetal deaths. The team also correlated the findings with histopathology of the placenta and known risk factors for intrauterine death. Hypoxia, secondary to placental dysfunction, was found to be the mechanism of death in the majority of structurally normal fetuses after 20 weeks of gestation. Ninety-one percent of hypoxic fetal deaths sustained brain, myocardial or both brain and myocardial injuries in-utero. Circulatory failure and cardiac arrest secondary to hypoxic myocardial injury was an attributable mechanism of death in 70% of cases. Finally, vasoocclusive lesions, villous maturational defects, histologic evidence of abruption or fetal vascular lesions were present in 74.5% of hypoxic fetal deaths.